Twins Kurt and Gunter Bogholz are best known to the Volkswagen and Beach Buggy communities as the owners of Volks-Mod on Queensland’s Gold Coast. This well-known business has been successfully servicing and repairing VWs of all persuasions, as well as building and modifying Beach Buggies (or Dune Buggies) since 1996.

Over the years, they have built various Meyers Manxs during their career together and have won a cabinet full of trophies for their work.

Gunter has become well-known amongst the drag racing fraternity and is a big supporter of the new VW 1/8th mile drag racing event at Warwick held each year. With impressive performances behind the wheel of his 1986 2.4 litre street Buggy, Gunter’s on-track results have demonstrated how well he can build (and handle) these little critters. 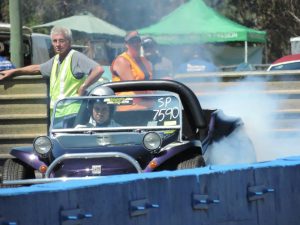 Kurt’s love of the off-roading scene spurred him to build his purpose-built Meyers Manx Green Machine which can handle any terrain.  He’s taken this buggy to 4×4 parks and events, Fraser Island, Moreton Island, North Stradbroke Island and was featured in VWMA Magazine, May-July 2011 edition, just to list a few.

In 2017, both Kurt and Gunter made the big decision to split the business so that they could each focus on what they loved.

Beach Buggy Australia is now under the direction of Kurt, whose love of Beach Buggies inspire him to keep this well-loved vehicle available to all aspiring and established Buggy fans.